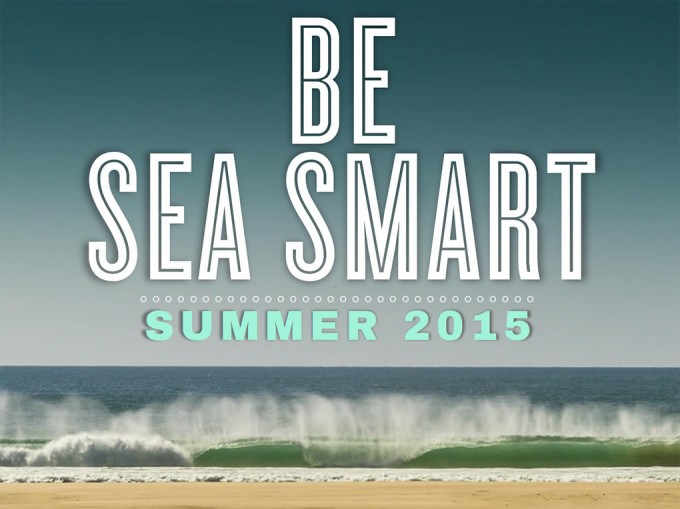 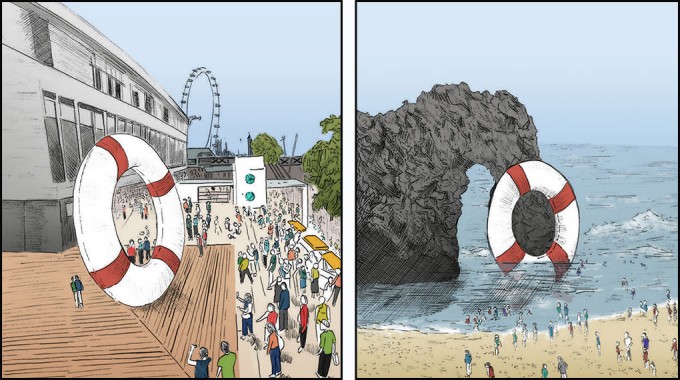 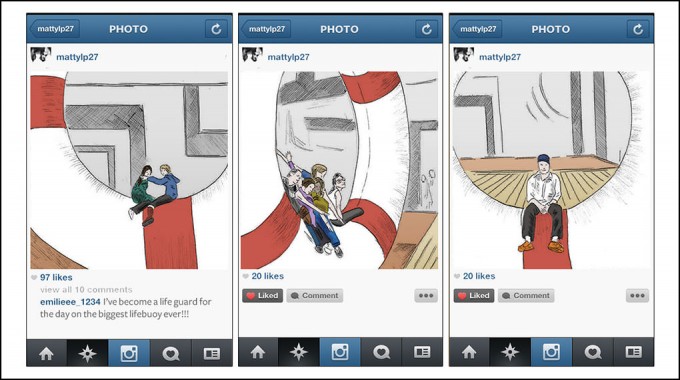 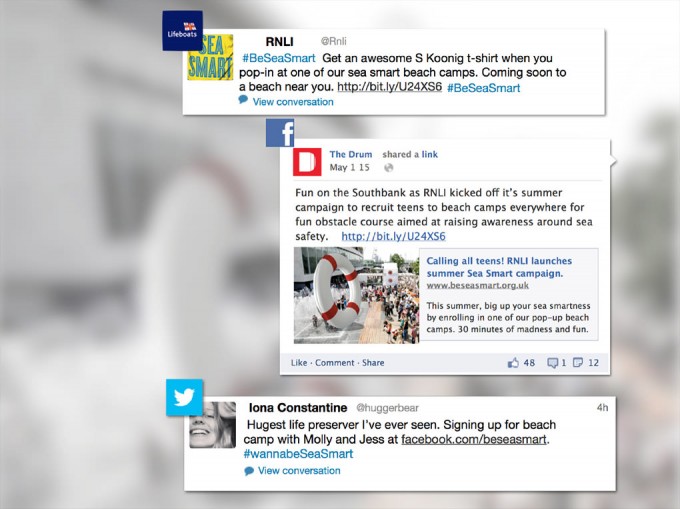 Social media presence and promotion would be key to the campaign 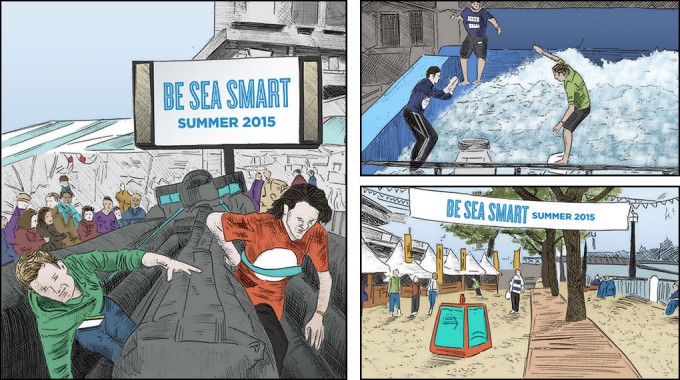 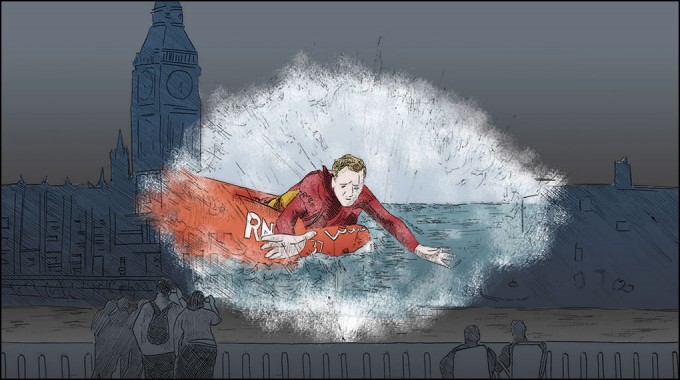 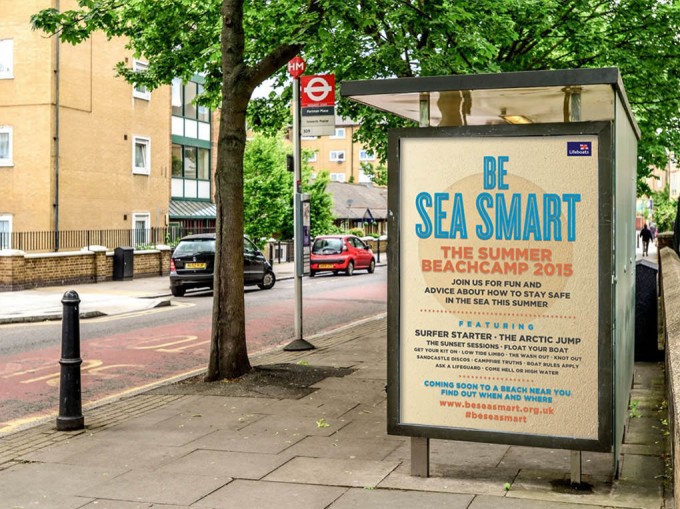 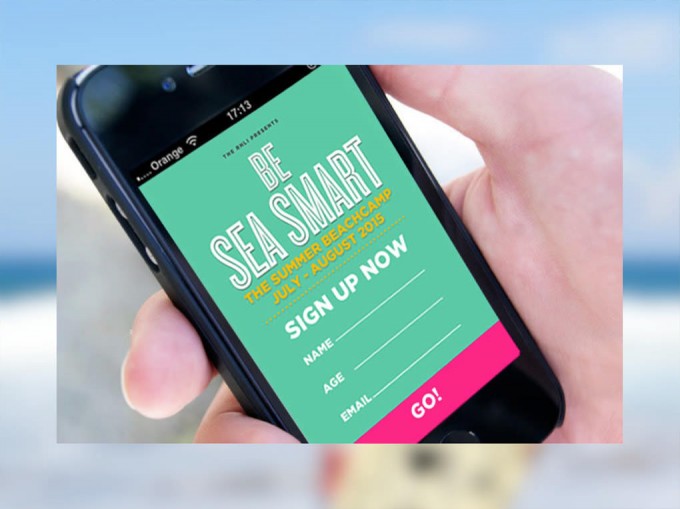 Online registration to book your place at the festival 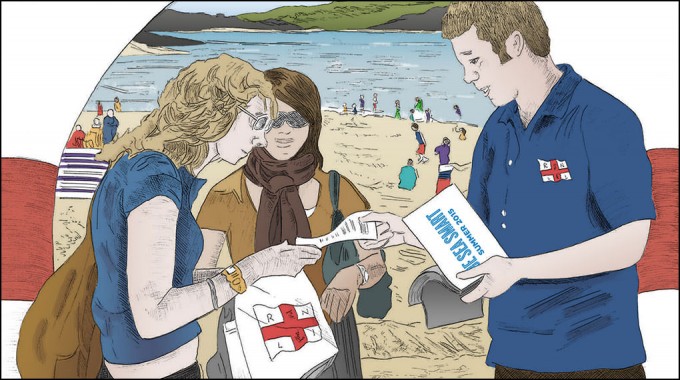 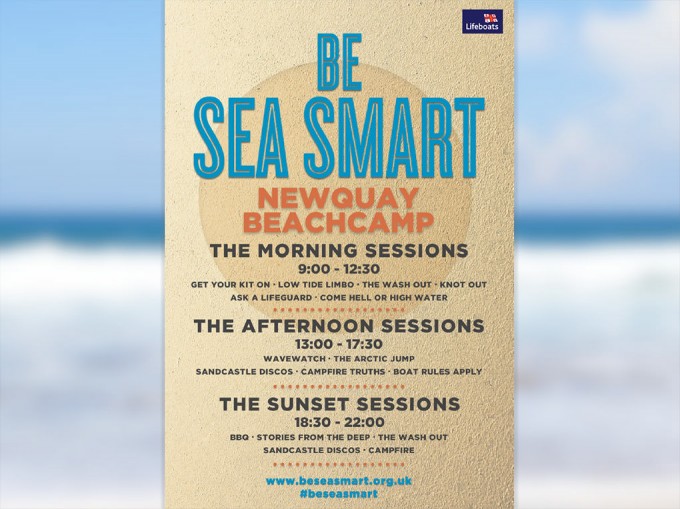 An example of a festival schedule 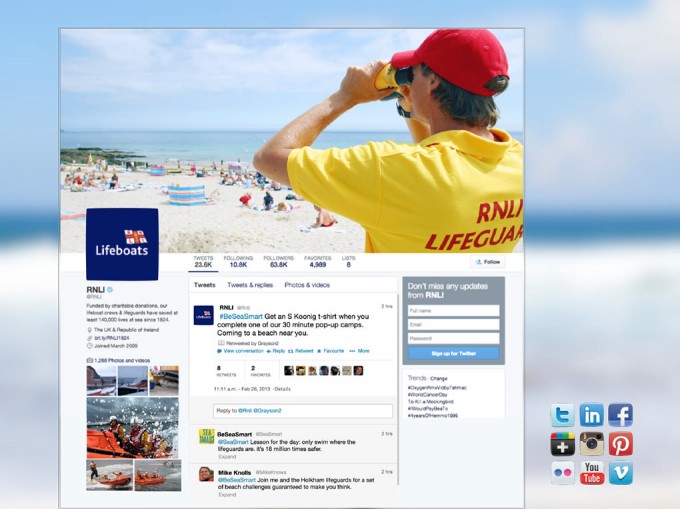 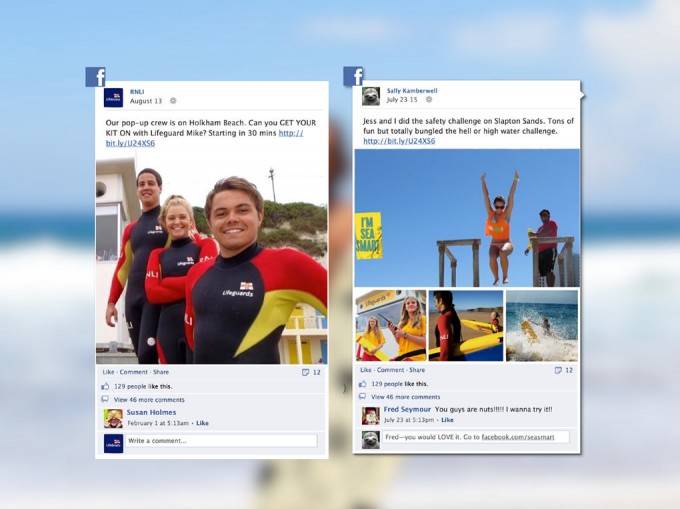 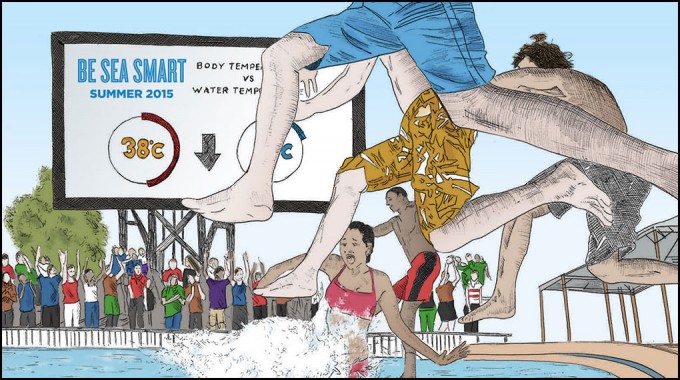 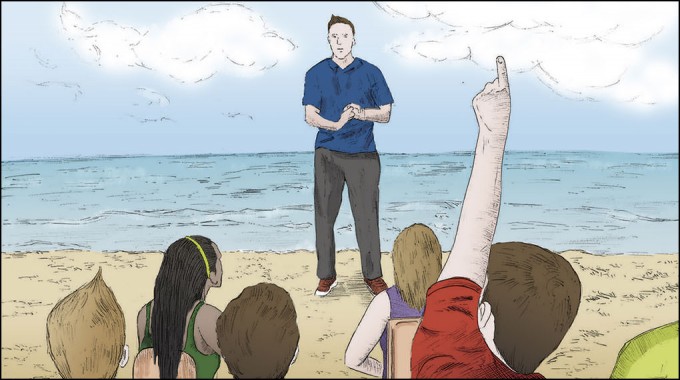 Water safety educational workshops, seminars and talks would be held at the festival

How do you make teenagers and young adults aware of the dangers of the sea?

We proposed a campaign to the RNLI that promoted sea safety across the UK through a series of events that would culminate in a ‘Be Sea Smart’ festival. Slowly unveiling the campaign across well know sites with large life preservers, the campaign team would encourage social media postings to get the word out. Each location would then reveal an activity area where people could try their hand at a number of obstacles and experiences that mimic the effects of water on the human body. Whether it’s trying to move a seemingly small amount of water (it actually weighed a tonne!) to trying to withstand slow appearing waves, the experience would highlight how the dangerous can appear harmless. People who signed up at these activity areas or online would be invited to the ‘Be Sea Smart’ festival during the summer where further activities and educational talks would take place at a beach resort in the UK.

The campaign was to be supported with traditional printed campaign materials from posters to t-shirts and also make use of water technology like projections to show videos and promote sea safety during evenings when the activity areas were closed. Social media would be key to raising awareness, with people encouraged to share their experiences across Instagram, Facebook and Twitter.

My contribution to this campaign idea was the complete visual output from poster and apparel treatments to the hand-drawn storyboard panels.